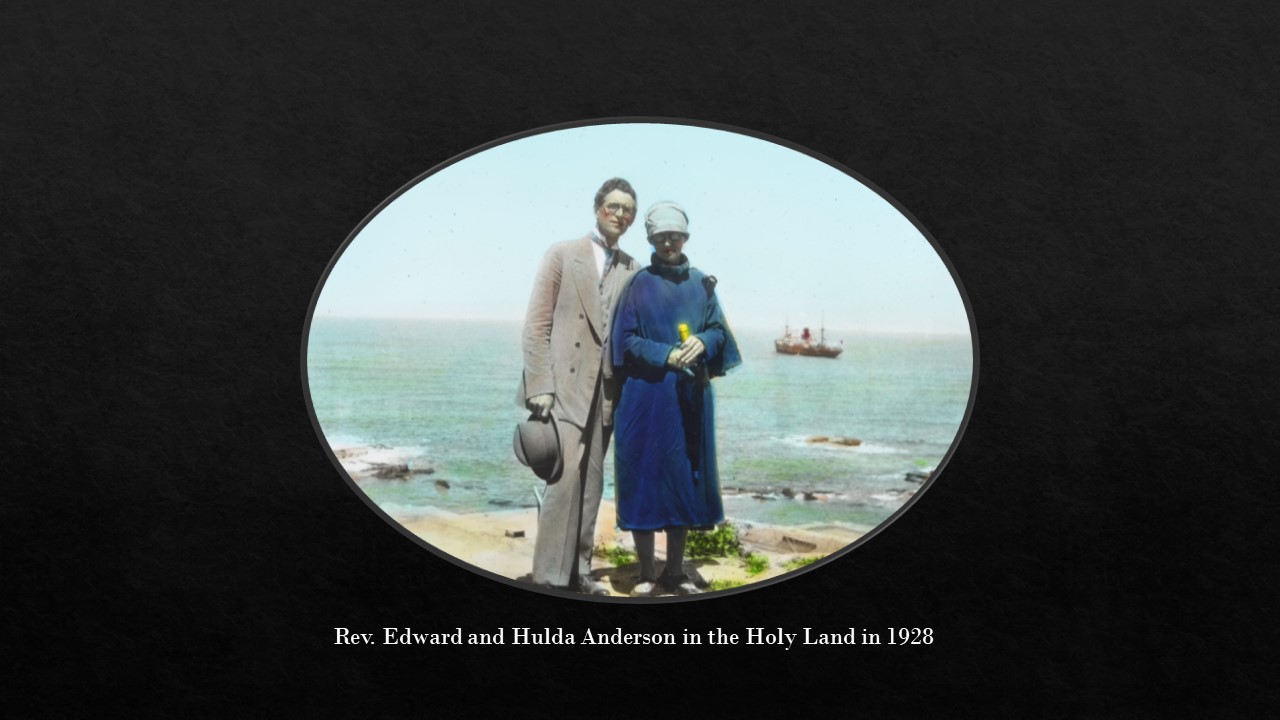 “From Ship to Pulpit”

Going to Palestine and Return

“During the winter of 1927, Mrs. Anderson and I made an extensive tour to Palestine by way of Madera Island, Africa, Athens, Constantinople, Syria, Palestine, Egypt, Italy and France.

Many interesting experiences could be written about this trip but I shall not weary you with details. Just let me relate some of the happenings in Jerusalem. Here we held evangelistic meetings in a large hall-only two blocks from Mt. Calvary. This hall would be filled every evening to capacity. Such a quaint audience I have ever seen-consisting of men only, clad in different costumes. It was a touching sight to see many of these men come forward every evening, kneeling at the altar, accepting Christ and praying in their own languages. Here we could have continued for a much longer period but our program was so crowded that we had to divide our time with other missionaries besides visiting historical places. “

"The following presentation commemorates a trip taken to The Holy Land in 1928 by my grandfather Rev. Edward M. Anderson and my grandmother Hulda H. Anderson.    A few of the glass slides taken on the tour were chosen to digitize and use to tell the story. As of the date of this production (June, 2020) the slides are 92 years old."

The photographs in this video were taken with Magic Lantern glass slides...Since its invention in the mid-nineteenth century, the lantern slide, also known as a magic lantern slide, has played a pivotal role in the history of projected images. The lantern slide is a positive transparency that can be projected. It comprises the photographic emulsion containing the image, which is bound to a glass plate and covered by another thin layer of glass; the plates are then secured with strips of gummed paper tape. Various processes are used to create lantern slides including the albumen, wet plate collodion, gelatin dry plate and Woodbury type. By the 1930s and 1940s, lantern slides dropped off in use as overhead projectors and slide projectors took their place. 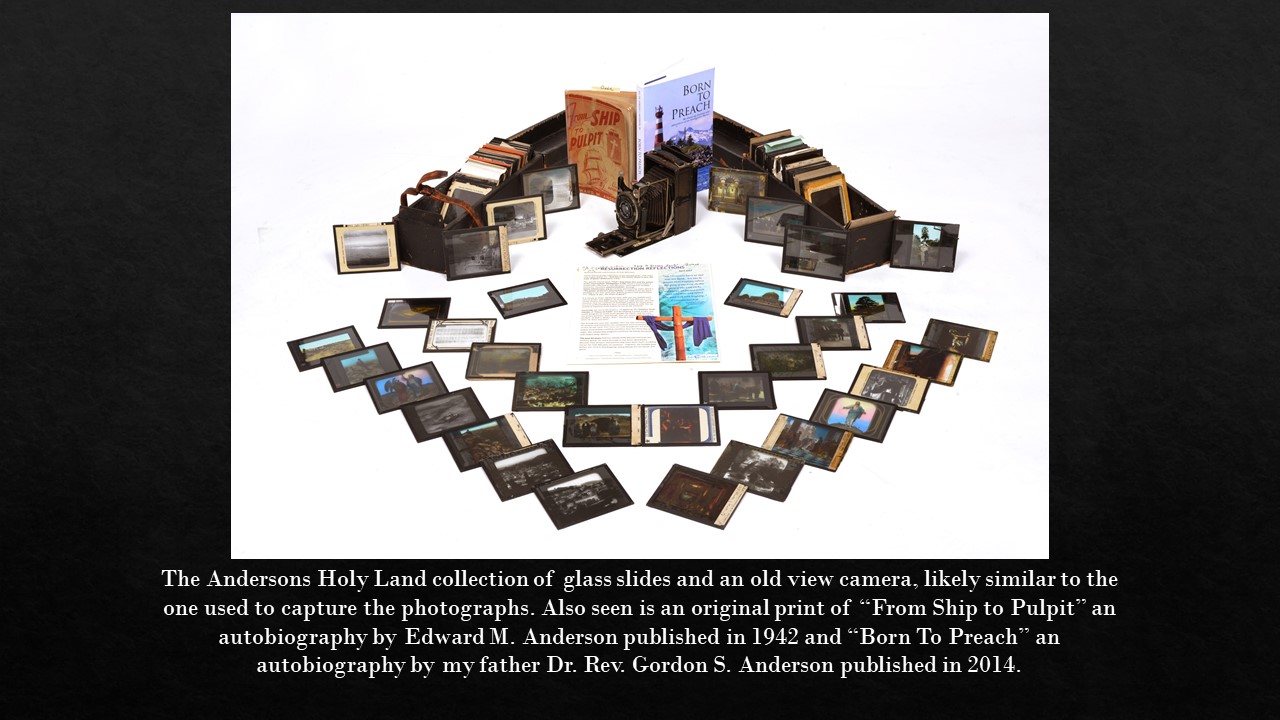